Day 7 was our final day of training, and my last full day in Thailand.  We had an afternoon training session and the morning free.  I got up fairly early at about 7 because I had some banking issues to take care of.  The day before I had tried to get money from the ATM, but my card was declined.  Upon checking my account online, I noticed that there was over $700 worth of dry cleaning charges in London and my account had been put on hold.  It actually happened two days before I left, so I don't think it had anything to do with my trip, just bad timing.  Luckily I had some American dollars that I was able to exchange for Baht so I could have money for the last couple days.

At 10, I met up with some of the guys and we headed into Chinatown to do some shopping.  We went to what I will refer to as the Chinatown Underground.  We were the only foreigners in there, and its the kind of place you won't find unless you know its there; for good reason.  Anyway, I did end up scoring the entire Planet Earth series DVDs for less than $7.

Our afternoon training session was back at the TUFF camp to be followed by another BBQ.  Sticky rice may have met its match in the exploding fish balls that they cooked for us.  They were small pieces of fish that were fried, but chewy and not crispy.  Dipped in Thai sweet and sour sauce they were delicious! After dinner, our filmers Will and Mark jumped on the bags and pads to get a little Muay Thai experiance. 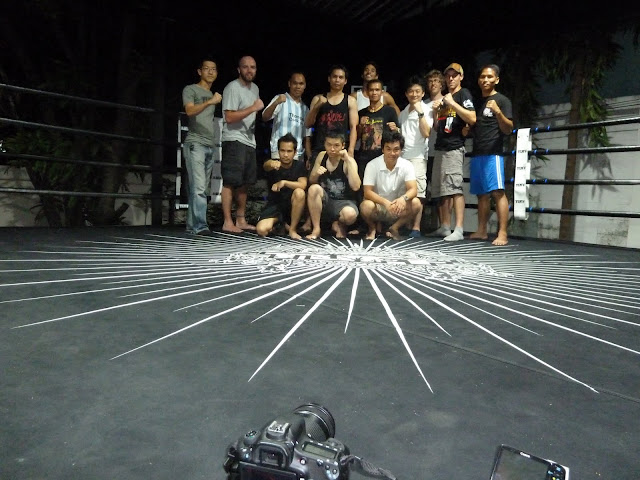 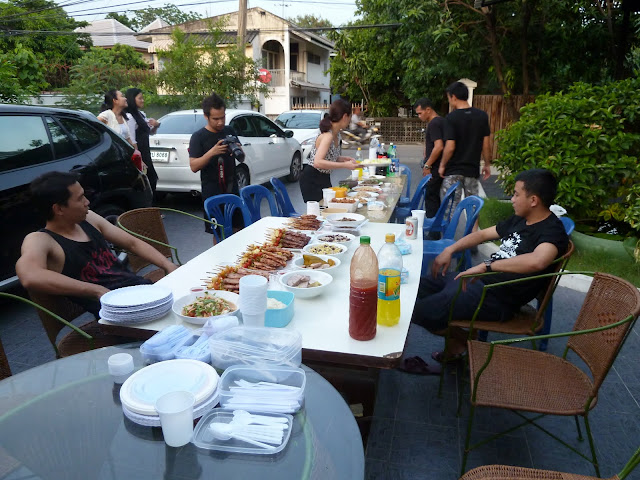 The next picture is of me with the driver of our van, Khun Plug.  The man was incredible at navigating around Bangkok and knew every side street to take to avoid traffic.  I also don't think he got lost once unlike the other driver we had for 2 days who got lost every time we went somewhere.  He would even suggest places for us to eat which would always be fantastic.  We ended up nicknaming him Mr. Bangkok. 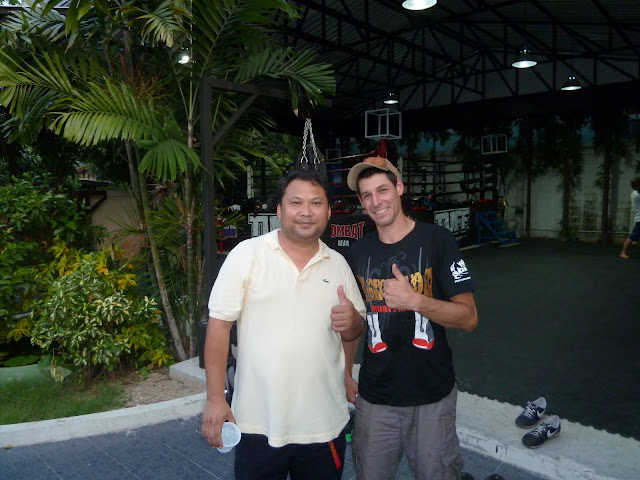 After the bbq at TUFF, we headed back to the hotel for some farewell drinks as we'd all be heading our separate ways.  It was sad that our trip was over, and it definitely went by too quickly.  I couldn't have asked for a better group of 6 guys to travel and train with in Thailand.  I already can't wait to get back to Thailand, and hope to someday spend a longer time training there.  Having experienced training Muay Thai in Thailand is going to make it hard to go back to a gym in Raleigh.  A little after midnight I said my farewell to the guys, Mai, Adrian, Mike, Jack, Will and Mark and headed to bed.  I had to be up at 4:30 to make my 8am flight.
Posted by Doug at 12:34 AM